Welcome to my first look at Zadak 511s 2x8GB Shield DDR4-4133 C18 memory kit.
Let´s talk first about Zadak 511, it is a new name for most of us. The company is a new division of Apacer which has specialized on highend gaming components and modding. It offers pc memory, ssds and pc-modding devices and already drew some attention with sponsoring the hardwarebot world tour stage at computex as well as with its extravagant products and web presence.
http://www.zadak511.com/index.html#home

The sticks use a black pcb labelled B84URCA2 HF 0.30 with eight 1 GB Chips which are located at one side of the pcb. The used ics are produced by Samsung and labelled K4ABG08-5WB BCPB which tells us that these are the so called B-die Samsung which are famous for their excellent overclocking behaviour. The SPD of the sticks has several JEDEC approved profiles which make it boot up at DDR4-2400 C17-17-17-39 1,20v on default, which is one step above the usual 2133 other vendors usually use. Generally it is clear Zadak 511 uses highend quality components, the pcb and chip position on it are non default though, a fact we will talk about later.

Inserting the sticks for the first time we had saw it boot up at DDR4-2400 C17 1,20v without problems, we then enabled the XMP which did work flawless. The rated DDR4-4133 C18-20-20-48 worked at first try for us and were memtest stable.
We then started to evaluate lowest possible voltage for the XMP but moved on very fast to also tighten main timings at same time because it was easy to see the memory could do a lot more than advertised. We ended up at 4133 C18-18-18-48 at 1,35v and did not bother to lower voltage more but moved on to check some possible daily settings within the safe range of 1,40v the kit is specified for

DDR4-4000 17-17-17-39 1,35v worked easily, to demonstrate stability we did not only use Dos memtest this time but made a run of more than one hour using HCI memtest for windows which worked fine.

Then we moved up again to DDR4-4133, the timings of 17-17-17-39 provided no challenge for us even at 1T command rate, Dos memtest and Superpi 32m as well as other tests worked easily

Being a passionate member of hwbot.org and addicted to benching, I decided to give the sticks a go for hardcore performance tests at a combination of high frequency and tight timings. No need to emphasize that this takes a lot of voltage and is risky, apart from this it voids your warranty at least in theory.

Benchmarks used were superpi32m, xtu, geekbench3, legacy Futuremark benchmarks like 3DM01-06 and a few more. Above 1,45v my mainboard starts to overvolt the dram in relation to BIOS settings, so take in that the 1,87v max used for the results are around 1,92-1,93v real.

On a side note, I personally see the reaon for this at the used PCB and IC configuration. A couple of weeks ago I was able to test some Apacer DDR4-3733C17 which also used Samsung B-die and had the same PCB and IC-placement the Zadak now have. These encountered exact the same problems on various boards and cpus I used. It seems that this configuration, which is very uncommon and different from all kits from different vendors and bins I tested up to date, is a handbrake for benchmarking at extreme high frequency at low cas. I rule out the quality of ics and pcb itself, as these are best of brand components for sure, also the spd, which was different on the kits I tested at this ic layout was different. This makes the Zadak, which are the best gaming and 24/7 memory kit I tested so far only semi useful for highend benching at heavy duty at least for me. Of course there is always a possibility me as tester or my components fail, but this happened now only 2 times with kits which had the exact same configuration, the more than 100 kits I tested from different vendors never showed a similar problem, and I can rule out voltage tolerance because being desperate I even tried 1,95v in BIOS to check this and the kit posted, entered windows and worked without problems at 3866 divider 12-11.

We still do not know the retail price of this kit, so I cannot comment on price performance rating. Vendors with comparable bins sell these in Europe at 250-300 Euros for 2x8GB at the moment.
The optics are awesome, the options for daily use within rated voltage are best I saw so far. If these hit retail and keep quality this sample shows, they are highly recommended for gaming systems for highend loving enthusiasts as they offer complete stability at low voltage with good timings at 4000 and 4133 and even above. For heavy benchmark duty like semi pro and pro oc effort at hwbot or other competitive benchmark sites, I can only recommend them partially, They are completely stable at 3866 12-11 tight at a relatively low voltage, with bclk oc you can get them stable near 4000 c12, but the problem that I could not use them at 4000 and higher using this divider is a serious handicap for benchers.
In the end I can give a limited recommendation for benchmark use and a 100% recommendation for daily use and especially best of brand gaming systems on which you want to go for the limits and above.

Thanks to Erin Chou and http://www.zadak511.com/index.html#home for providing these beautiful memory sticks and thanks for reading

great write up as usual Sir

Thanks
Waza test around 1,83v real, first try worked, these would be a dream if 4k would work for me 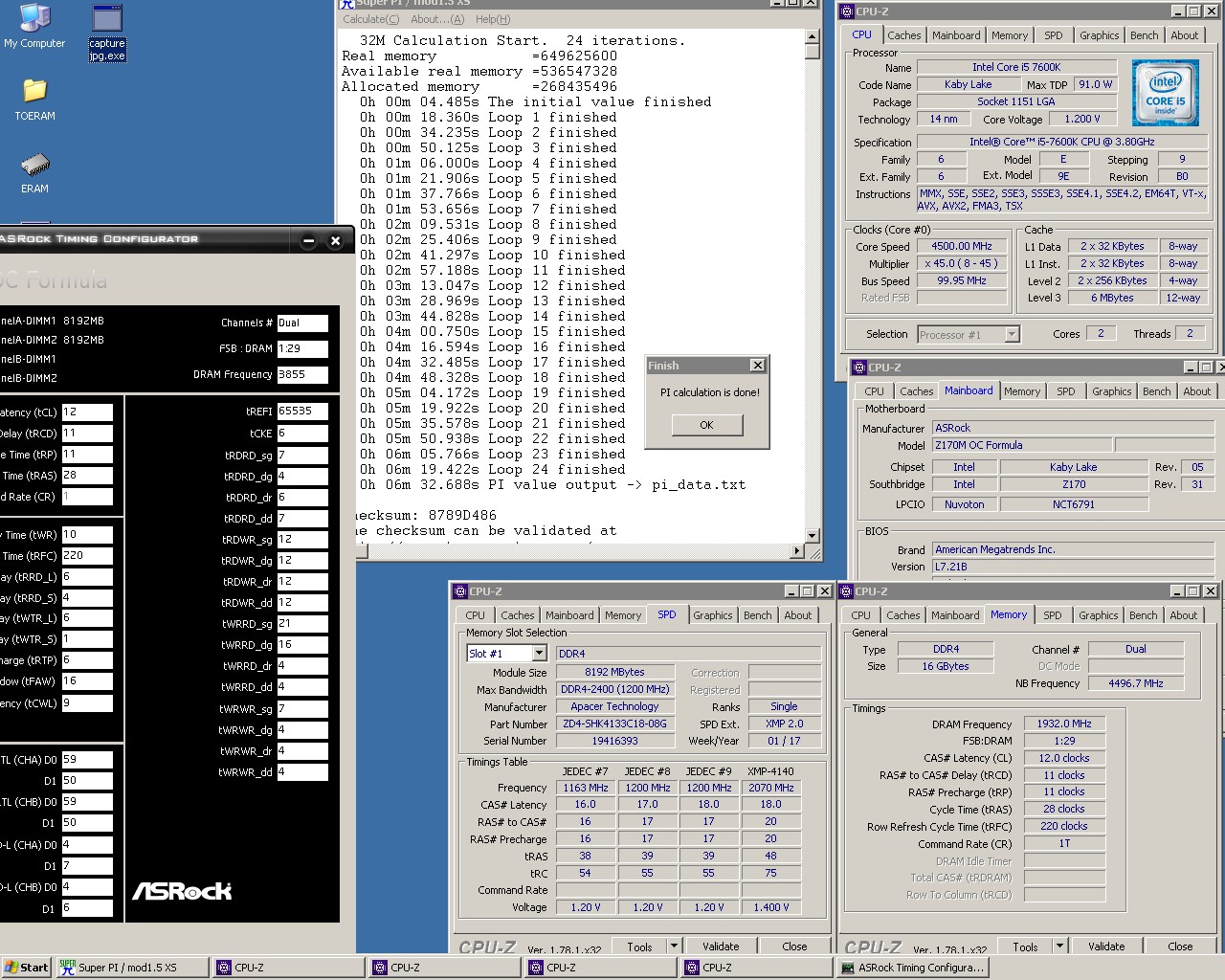 Final test for the moment, 4000 c12-11-11-28 1t waza in XP, had to work with nclk and boot at 99, the mems needed around 1,96v real for the run. Potential is great, I hope Zadak can keep the ic standard and improve some minor problems, then we have another serious contender for benching ram 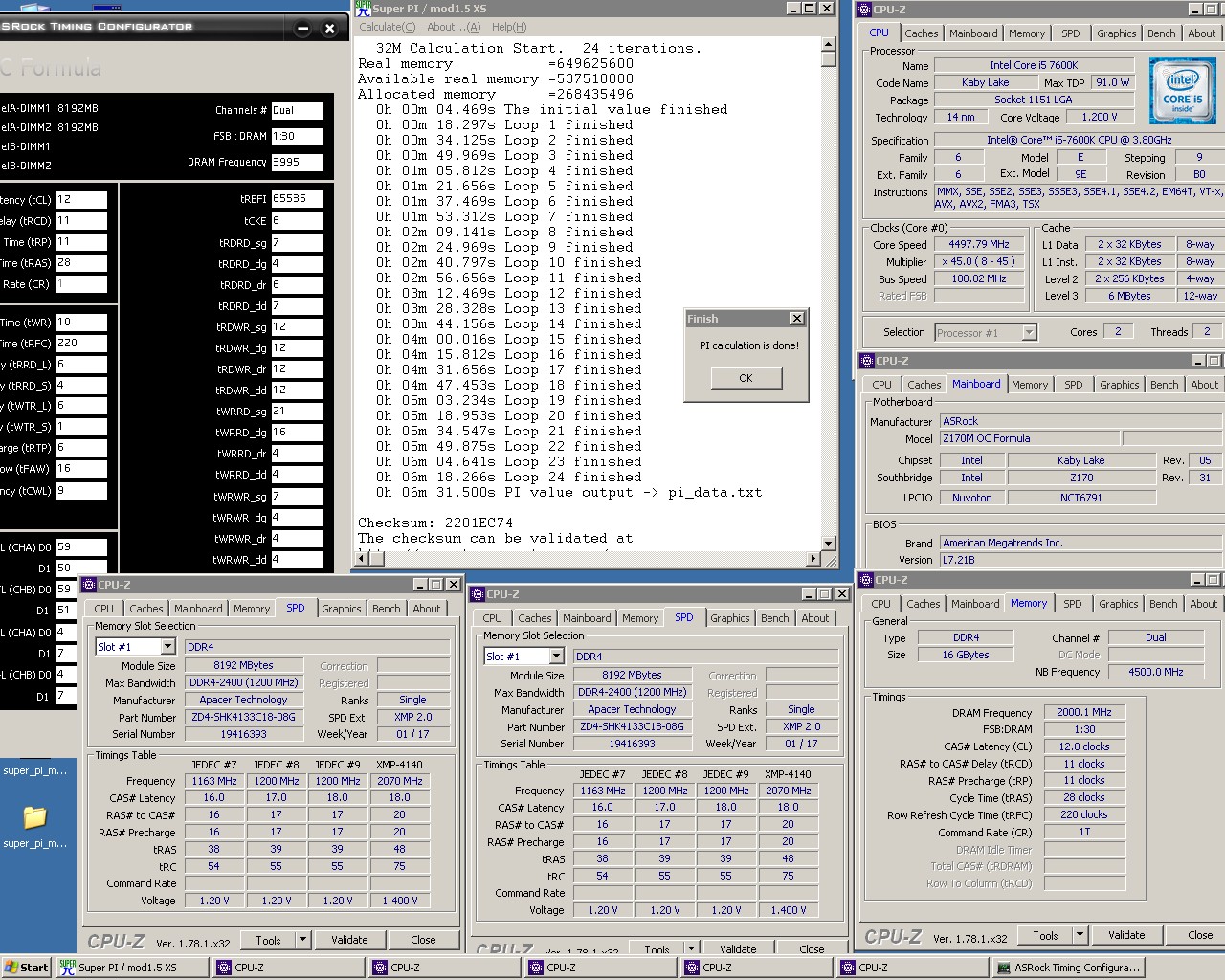 What patience, many hours of work :O